7 Things to Know About Chinese Parents Sending Their Children Abroad 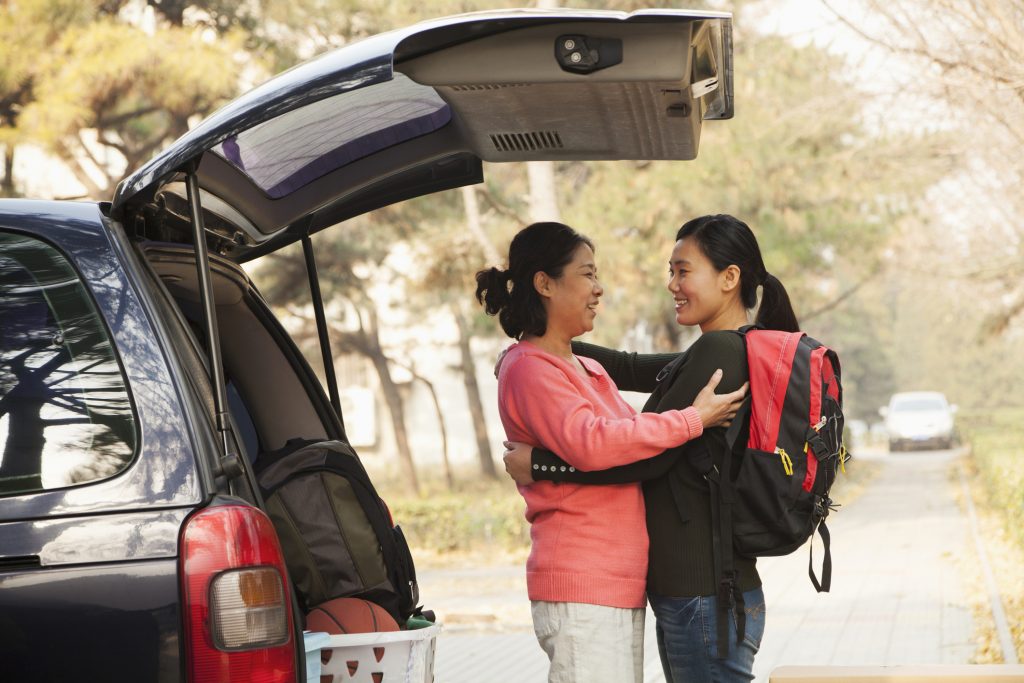 7 Things to Know About Chinese Parents Sending Their Children Abroad

When you speak with a domestic applicant for the first time about high school admissions, what do you make sure to pay attention to during the conversation? Parents! Parents are key decision makers in the admissions process for both your domestic and international students. However, there are some key differences, both during the admissions process and after admission, for you to keep in mind when speaking with the parents of your international applicants.

To understand this point, one must understand the system and culture within the international education systems, especially those from East Asian countries like China. Chinese schools typically prioritize results, placing more emphasis on the quantifiable “product” of a student’s work, especially when it comes to testing scores. In China, the score a student receives on the notorious National College Entrance Examination or “Gaokao” is the ultimate determinant of a student’s future. This score determines which colleges or universities he or she can attend, and ultimately what future career options are available to the student. This hyper-focus on testing has cultural roots that extend as far back as the Zhou dynasty when one of the only ways to upward economic mobility was to take an examination, namely for employment in the imperial government.

Since test scores have such an importance in many countries, international parents and students are attentive to which schools have statistically helped students score very well on these tests. Considering this mindset, it is only natural that parents will go with what they know in regards to searching for schools in the United States. In other words, the higher the average test scores, the better the colleges on the college acceptance list and the closer the school is to high-ranked colleges or universities, the more popular that school will be in the international education market.

Don’t be shy about sharing high-ranking statistics of your school to Chinese parents. It will immediately attract parents to your school and show that you share a common goal – helping a student achieve academic excellence.

Parents in China rely heavily on the expertise of recruiting agents when selecting a high school in the U.S. for their child to attend. Many parents will also use these agents when choosing a college or university for their child, rather than the college counseling provided by your school.

Be sure to share the many benefits and expertise of your college counseling team. Highlight the advantages of having one-on-one counseling sessions with an American counselor, who is knowledgeable of what American colleges or universities are looking for in a highly-qualified applicant. More than likely, the parent will work with both the educational agent and your college counselor.

Schools in the United States are unique in the many layers of support that they provide to their student body: coaches, guidance counselors, college counselors, teaching staff, academic coordinators – the list goes on. The lengths to which the people at your school will go to support students will be particularly surprising too, such as teachers in the U.S. arriving before school or after to help a student one-on-one.

Guidance counseling will be an especially surprising area of support, and parents may be reluctant to seek out the advice of your counselors (see number 2). Parents may have some hesitation working with your counselors because of a perceived lack of knowledge in relation to international student advising.

Lines of communication need to be established as early and as often as possible. International parents need to be aware of school policies and expectations as soon as the student decides to enroll at your school. If parents are aware of the rules and expectations of the student, notification of a student’s behavioral, academic, or other issues will not come as a surprise to the parent. Your relationship with the parent will more than likely come in handy when resolving the student issue and will reduce incidents of conflict in the future.

Just as it would be tough for an American parent to adjust to the rigor and test-oriented education system in China, Chinese parents often struggle to adjust to the culture in American education completely. Though it’s important to communicate and educate as early and as often as possible, it’s also important to understand that only some of what you’re telling a Chinese parent will be accepted. Rather than telling a parent that they have the wrong concept of education in the United States, schools should add and adjust parents’ expectations of the American educational experience.

Many Chinese parents especially struggle with the concept of “best fit” when talking about a student’s acceptance or enrollment to a college or university. Chinese families also have difficulties grappling with the idea of a student being well-rounded since extracurricular activities are not of great importance in the Chinese education system. What’s important to remember is that a school and an international student share a common goal – matriculation to and success at a top college or university. A great way to reinforce the theme of “best fit” and encourage students to participate in after-school activities is to tie these with success stories. Provide examples of highly academic students participating in after-school activities as being a critical factor in their admission to a top college or university.

In some cases, when a school requests direct contact with the parent of an international student, an agency will put you in touch with a representative. That representative will then relay the information or message, whether it’s by phone, email, or Skype, to the student’s parents.

Just like a game of telephone, as you relay information about a student to an agency representative, your meaning is inevitably lost – lost in translation, lost due to cultural differences, and lost due to that representative’s priority of keeping their client happy. Sometimes, bad news can get a special twist that dilutes the gravity of the situation or message itself. Nobody likes to give bad news to the parent of a child who is halfway around the world from them. Be sure to confirm with the person you are speaking with that they are in fact, the parent of the student.

Despite the cultural differences and communication technicalities we’ve laid out for you in this post, it’s important to understand that international parents are just that: parents. As many differences as there are between parents from China and parents from the United States, there are just as many similarities. They are deeply invested in their child’s education and future and care immensely about their child’s wellbeing. So, when you’re speaking with an international parent, remember that cultural differences can only go so far. Use your expertise in consulting with the parents of students at your school and keep these facts about parents from China in mind.