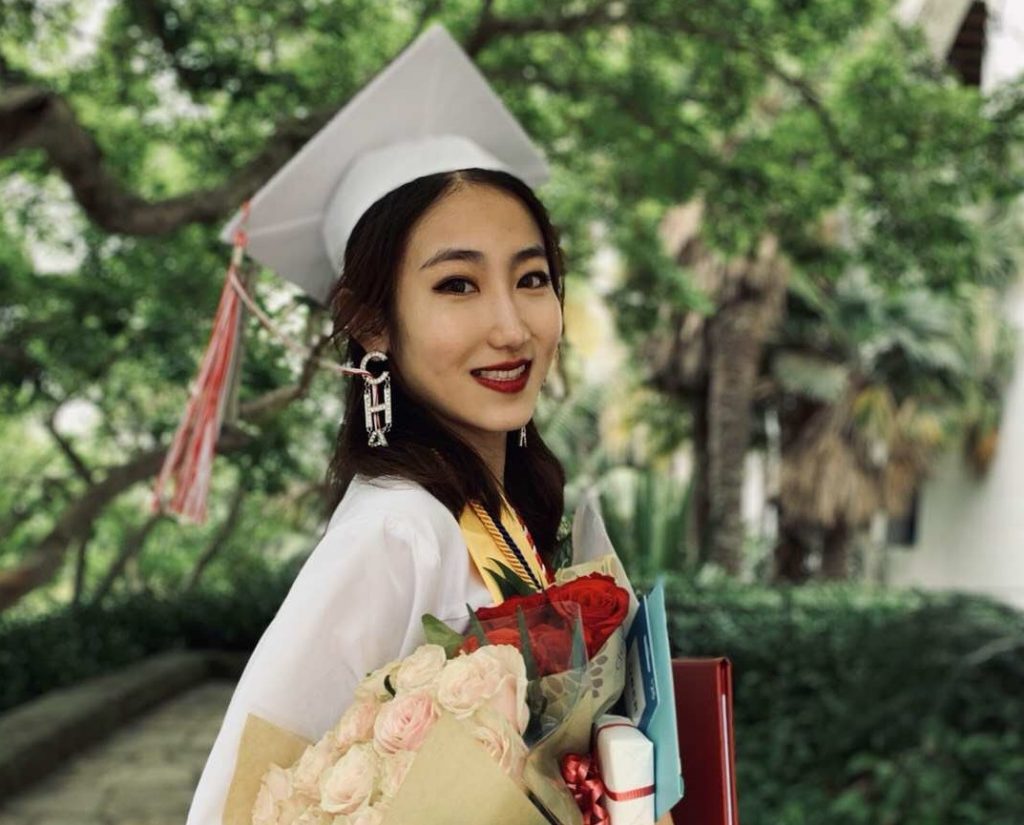 This month, Cambridge Network student Cassie Meng graduated from Bishop Garcia Diego High School at the top of her class. In the fall, she will be attending the prestigious Cornell University. Cassie’s list of academic accolades includes having the fourth-highest GPA at Bishop Diego, becoming the first international student to be named as the school’s Junior Marshal, and being recognized by the California Scholarship Federation. In a lot of ways, Cassie has the qualities you might expect from a straight-A student. She is a self-described perfectionist, she is wildly ambitious, and she has always set high standards for herself. It might be easy to point to Cassie’s academic achievements as what separates her from her classmates. But in fact, it is her propensity to challenge herself continuously and to improve her surroundings that have truly made her stand out.

During the eighth-grade, Cassie was selected to join a class of academically gifted students at her middle school in her hometown of Jinan in the Shandong Province of China. In this class, students were expected to participate in extended school hours, take private courses, and assigned additional exams and homework. Cassie recalls, “when our math teacher gave us extra tasks we could not even have our lunch break, sixteen-hour study days did not help me make more progress.” In East Asian Confucian pedagogic cultures, authoritative and subservient roles are assigned to teachers and students, respectively. Thus, it would be seen as highly inappropriate for students to speak out and oppose their teachers. But for Cassie, her sense of ethics outweighed her sense of tradition. She decided to challenge the authority, “As vice president of the Student Union, I lobbied among our class and started a petition which 90% of our group members signed to protest.” Despite being reprimanded by school officials for her role in leading the student resistance, Cassie gained some valuable insight into what she wanted out of her educational experience:

“I know I am not easily satisfied with my surroundings, and I know I deserve an environment with more freedom and opportunities to show my ability. I never lose my courage to change what I think is wrong and face the challenge. That was the main reason that I decided to study abroad.”

After Cassie arrived at Bishop Diego, she continued to challenge herself to take on new opportunities to improve herself and her community. She became the first international student at her school to take AP-level English courses. While many Asian international students, particularly Chinese students, struggle with theology-based curriculums due to cultural and language differences. The practice of Christianity is substantially less prevalent in China than in many Western countries, with only 2.3% of the total Chinese population identified as Christian. Moreover, comprehension of religious scripture requires strong interpretation skills that even many native English speakers struggle to understand fully. Cassie decided to face these challenges head-on to strengthen what otherwise would have been a weakness for other international students. She would join the school’s Campus Ministry, a team of students that lead and prepare liturgies and prayer events as well as assist in the education of underclass students in spirituality. 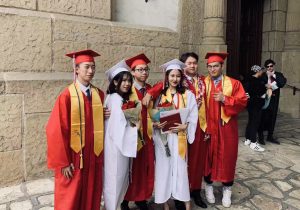 Cassie also challenged herself to be a leader. She would establish and lead student organizations at Bishop Diego, including the badminton club, dance club, and a fitness center that would be open to students all year round. For her fitness center proposal, Cassie interviewed professional gym instructors, enlisted support from teachers and athletic coaches, and mobilized her classmates. She even got a professional fitness coach certificate from the Chinese Bodybuilding Association. Right now, she’s busy developing a website for the fitness center, creating fitness and nutrition plans, and arranging gym class schedules.

When things didn’t go her way, Cassie would rely on those that were closest to her, “I like the feeling of knowing everything is under control so if things go wrong and my plan is disrupted, I am easy to freak out.” She reached out her Cambridge Network host family and Student Development Manager:

“My hosts are really supportive and considerate. I really don’t know how to describe how much my host mom has taken care of me in the past four years because there is just so much. My SDM, Rob, would come to our house to check-in every month and bring lunch to us in school. I really appreciate his efforts to organize activities for us.”

Because of these experiences and the influence of her favorite television show, “Grey’s Anatomy,” Cassie once again sets a new challenge for herself to overcome when she starts college next fall:

“I have found some connections between fitness and my own experiences, which developed my interest in nutrition. I’m concerned about the social issues related to obesity and food safety. I want to build up a career, which can use science-based approaches for the tangible improvement of people’s health. That’s why I want to study nutrition science in college.”

Cassie’s advice to other international students would be to, “Just do it, step out of your comfort zone, and you will learn at a rate you can’t even imagine!”

For schools interested in Cambridge Network and our services, please to submit an inquiry form.